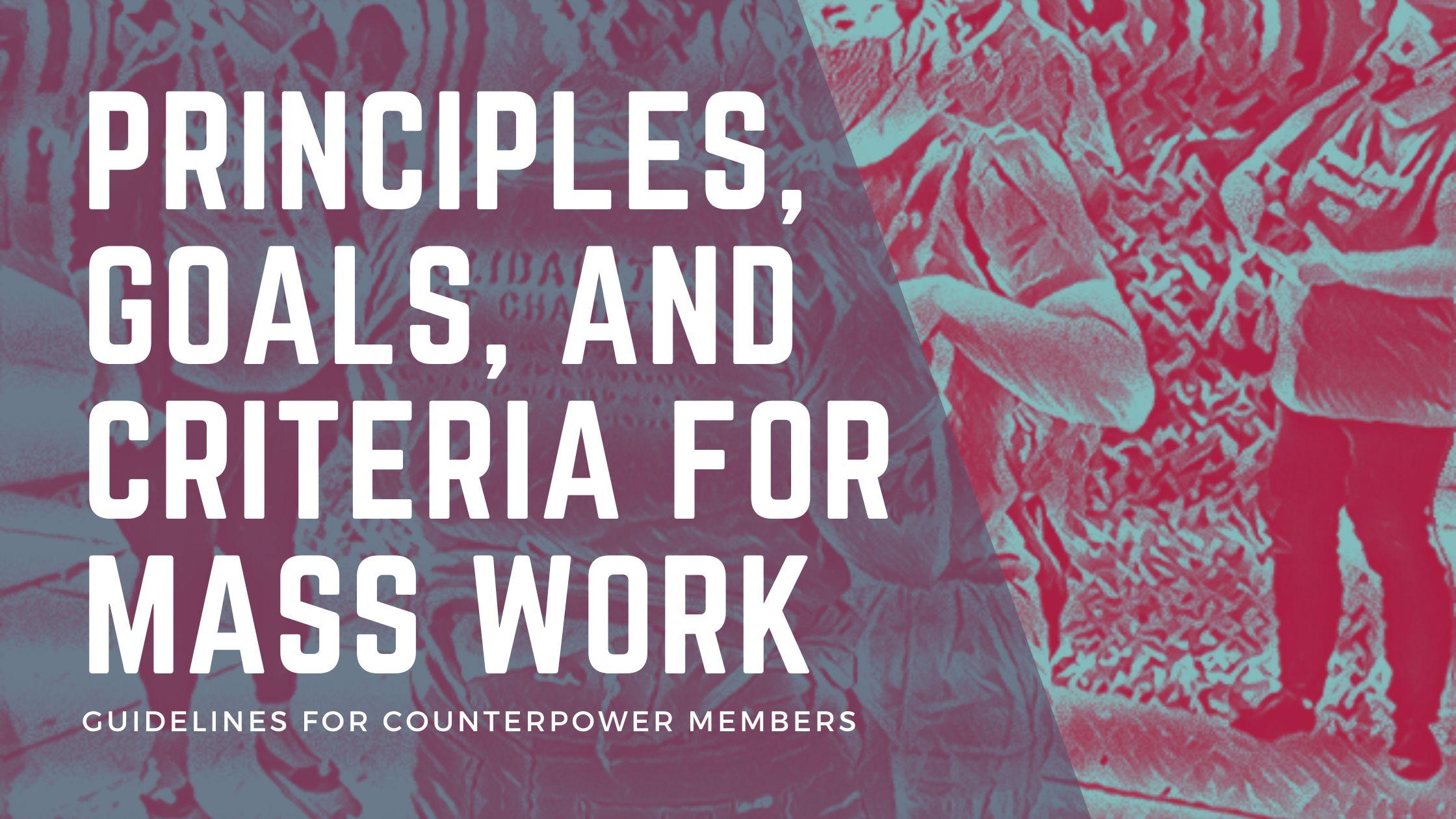 Members of CounterPower conciously work to organize the masses of exploited workers and all oppressed peoples for a global socialist revolution. We do this by preparing the masses to seize power in all areas of social life, to construct the institutional foundations of a socialist people's commune, and to take the helm of the commune's governance and administration in the socialist transition to communism.

This lofty goal can only be achieved through the collective participation of communists in social struggles to win material improvements in the daily working and living conditions of the masses. By accompanying the masses in struggle, by earning their trust and confidence in political combat against the bosses, the reactionaries, and the state, by conducting revolutionary agitation and education among them, and by proving ourselves to be principled and effective fighters in defending and advancing their material interests, the masses of people can be won to a communist platform and program. We call this form of activity mass work, and it encompasses everything from labor and tenant organizing to cultural production and popular education. This document outlines the principles, goals, and criteria which guide the mass work of CounterPower cadre.

All CounterPower members are expected to participate in mass work, which should be conducted collectively in clusters. When multiple CounterPower clusters are established in a common sector of social struggle, a sector committee should be established by our Coordinating Council. At present we have three such sector committees, organized by our members concentrated in the labor, tenant, and international solidarity movements.

It is our conviction that mass work conducted by members of CounterPower must be guided by the following principles:

There are several strategic goals that all mass work should aim to achieve:

CounterPower is committed to building a united front that brings together people's mass organizations, defense organizations, and party organizations in a protracted revolutionary struggle for communism. When evaluating the progress of our mass work, there are several questions that all comrades should ask themselves, both individually and collectively:

It is our hope that by elaborating these guiding principles, goals, and criteria, our comrades will be better prepared to participate in mass social struggles, assisting the masses of workers and all oppressed peoples in developing the skills and capacities necessary for them to lead the socialist transition to communism.